IELTS, TOEFL, and other language proficiency tests form an important part of college admissions for study abroad aspirants. Most universities require international students to provide proof of English proficiency in the form of standardized language tests such as IELTS and TOEFL. For Indian students, this may seem mystifying considering many of them undergo years of schooling in English as the primary medium of instruction. Nevertheless, students from India are required to take language proficiency tests for college admissions abroad.

Of these tests, IELTS has been the benchmark for English language proficiency for many decades. The most widely accepted English test, IELTS scores serve as sufficient proof of English proficiency for admissions to thousands of universities across the globe. Getting a decent band in the IELTS, hence, has become an important rite of passage for Indian students who wish to study abroad in the UK, US, Canada, Australia or Europe.

In this article you will know about the following:

IELTS – What is IELTS?

IELTS, or as it is called in its expanded form, the International English Language Testing System, is the world’s most popular English language test. The test is conducted in over 140 countries across the globe, and each year millions of people take the IELTS for study, employment or immigration purposes.

The first iteration of the test was launched in 1980, under the moniker of English Language Testing Service (ELTS), and was dramatically different from its present version. It was after the formation of the international IELTS partnership, comprising Cambridge English Language Assessment, British Council, and International Development Program of Australian Universities and Colleges (IDP), that the test was renamed as the IELTS to reflect its international character.

Since then, the test has been the leading yardstick for measuring English proficiency. More than 10,000 universities across the world accept IELTS score as proof of English language skills for admissions, in addition to IELTS scores being accepted for immigration to multiple countries.

IELTS – What is IELTS exam pattern?

The test has been developed by the world’s leading experts in language assessment and evaluates the entire spectrum of a candidate’s English skills – in reading, writing, listening and speaking. The exam places equal importance to all of the above components, with a section devoted to each.

The test has four sections, as described here under:

IELTS – What is a good score for IELTS?

For scores, the test uses a nine-band scale to mark the level of proficiency in each section, as well as overall proficiency.

IELTS – What is IELTS used for?

IELTS Scores are used for three main purposes, as detailed below:

There are two types of IELTS tests: IELTS Academic and IELTS General. Which one you should choose to take depends entirely on your purpose for taking the IELTS.

IELTS Academic is designed for people planning to study in higher education or those seeking professional registration in an English-speaking country. The Academic test assesses a student’s readiness for studies or training in an environment where English is the primary language used. For those who are seeking to register themselves professionally in an English-speaking foreign country, the IELTS Academic can serve as sufficient evidence of English language ability.

The formats of both the tests are similar. In fact, the content for Listening and Speaking sections are common to both, while the Reading and Writing sections are the only parts that differ.

Apart from taking two separate types of IELTS, test takers also have the option to choose the format for their test – whether paper-based, or computer-delivered. Each format has its own advantages and a test taker is advised to choose the one they are most comfortable with.

The Paper-based IELTS is the traditional test format that provides hard copies of question papers and blank answer sheets to test takers and requires them to write their answers by using a pen or HB pencil.  There is no difference to the Speaking section which is carried out face-to-face with a trained IELTS examiner in both the paper-based and computer-delivered formats.

For those more comfortable with typing on a computer, the computer-delivered format would be more convenient. In this format, the Reading, Listening and Writing sections of the test are assessed on a computer. The questions for each section are presented on the screen and the test takers then submit their answers using a keyboard and mouse. The screen also displays the remaining time for each section and candidates will only see the next section once the time for the first section is over. For any help on how to use the test interface, candidates can click on a help option shown on the screen. There is also an option to adjust the font size or background for increased visibility. Each candidate also receives a set of headphones for the Listening section.

IELTS preparation is key to getting a good score in the exam and achieving a high band.  To make the most of their IELTS Preparation, test takers need to familiarize themselves completely with the IELTS test pattern and the type of questions that are presented. Each sections need practice and to know more about ways to get successful scores in each section, read our “IELTS preparation” article.

IELTS – How much does the IELTS cost?

After April 2019, students have to pay the following fees for the IELTS exam.

Do you want to know the full IELTS Syllabus and how to apply for next IELTS exam dates?

The IELTS test is available multiple times throughout the year. You can choose an IELTS Test Date that is most convenient to them, keeping in mind the university admission timeline.

Register for IELTS (via IDP or British Council) at your nearest test centre. If you are applying from India,  apply on this Link

Study in UK without IELTS in 2020 – Alternatives to IELTS test to pursue higher studies...

IELTS Registration – How to register for IELTS in India 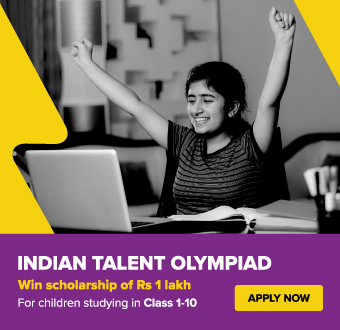 IELTS Exam Dates in India – How to Select Date, Location

IELTS Preparation 2020 – How to Prepare for the IELTS Exam

IELTS Registration – How to register for IELTS in India