Why study in UK – The UK is one of the world’s most popular study destinations for students all over the world, and also in India. In fact, according to the UK Home office statistics, the number of Indian-student enrolments in UK universities have increased by 42 percent in the last one year alone. The recent change in post study visa rules by the UK government therefore comes as good news for lakhs of Indian students who aspire to study abroad, and more specifically in the UK and those who wish to stay longer after their studies can now do so, in order to explore and observe the UK market, or even work there.

Here are the top four reasons why Indian students wishing to study abroad should opt to do so in the UK.

After the UK government’s historic communiqué, foreign students studying in the UK can now stay on in the UK for two years after completing their studies. Compared to the earlier 4 months, the two-year window gives students in the UK the opportunity to sharpen their work experience in a global culture, in turn fueling careers. This will be applicable to all students enrolling in UK universities for the 2020-21 academic year onwards. “The new visa policy would give students a chance to develop their careers in an international marketplace and would reconfirm the UK’s position as a world leading destination for Indian students”, says Tom Birtwistle, Director North, British Council India.

Reason2: Get the job and career you want

How often is it that you find people saying they are doing exactly the job they wanted? But it seems like a UK education enables exactly that. A UK degree has helped and continues to help thousands of students find their ideal job. According to the Indian Graduate Outcomes 2019 (IGO 2019) study conducted by Universities UK International (UUKi), 80 percent of Indians who are UK universities’ alumni said their degree helped them get their jobs. In fact, the primary reason for their being in their current jobs was that it was exactly the sort of work they wanted. Further, 82 percent of respondents said they are satisfied or very satisfied with their careers, with 89 percent being very satisfied with all aspects of their life. Not just this, UK exposure has helped several students kick-start their own businesses after coming back to India

There is no doubt that an international exposure during education moulds students and makes them globally aware individuals, with a possible potential to earn higher salaries and grow faster. The IGO 2019 reveals that 51 percent of all Indians graduating from the United Kingdom say they earn above or well above the average in India and 90 percent of women in this group saying they earn average or above

Reason3: Study in some of the world’s most renowned universities

United Kingdom, which is home to 28 of the top 200 universities, is currently ranked 2nd for Science and Research. As per World University Rankings 2019, four of the top ten universities of the world are in the UK. These universities don’t just offer renowned degrees, in fact, as per several global surveys their faculties are also placed among the world’s best; who assure academic excellence and help in students’ decision-making process. It is not surprising therefore that 38 percent of Nobel Laureates who studied abroad did so in the UK. The student experience in the UK is certainly a welcoming and positive one, with the IGO 2019 study revealing that 90 percent of international students are very satisfied with their UK education experience.

Reason4: Pick from a number of scholarships

Finally, the wide international exposure that students receive while studying in the UK, not only provides them a global view but helps them make lifelong connections, in addition to jump-starting a successful career. With the revision in post study visa rules, these advantages will only strengthen. 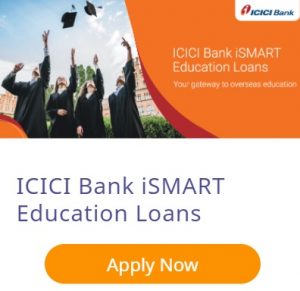